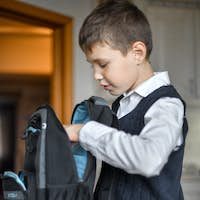 The schoolboy is assembling his knapsack. The student puts textbooks in a backpack 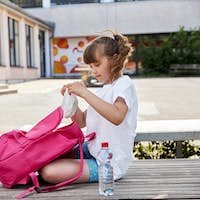 Girl pulls out lunch, snacks from her knapsack 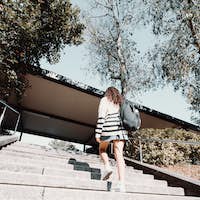 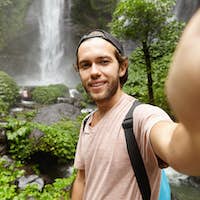 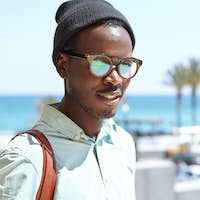 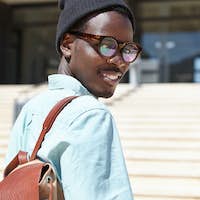 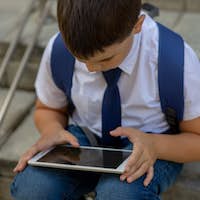 A brunet schoolboy with a knapsack behind his back sits on the stairs and plays a tablet. Close up 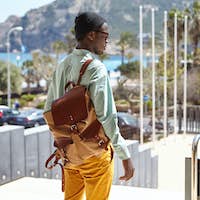 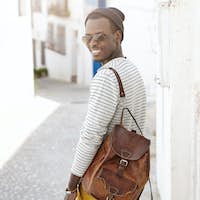 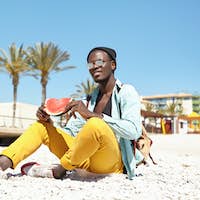 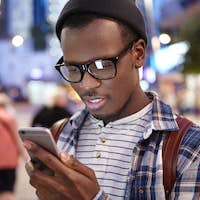 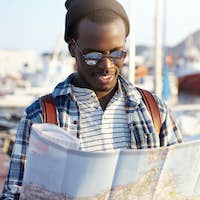 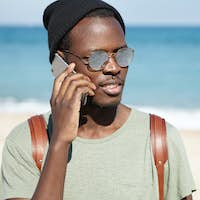 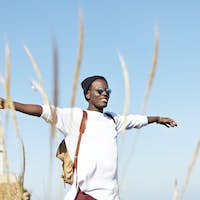 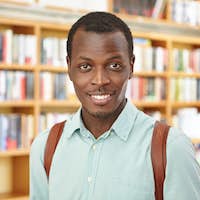 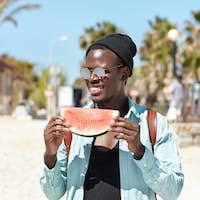 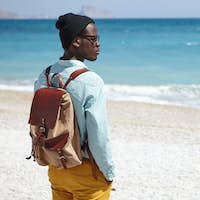 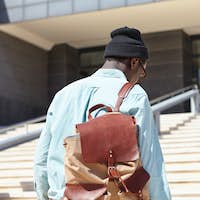 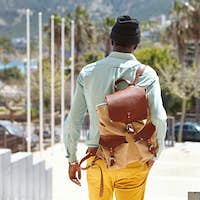 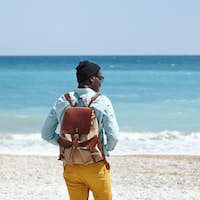 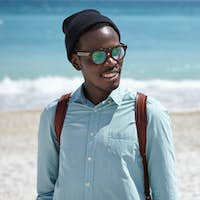 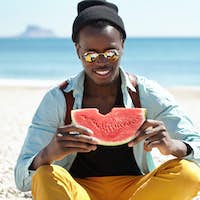 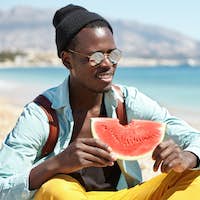 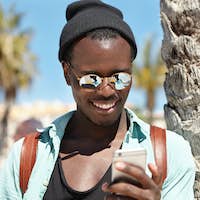 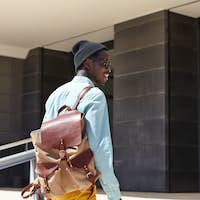 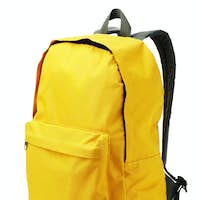 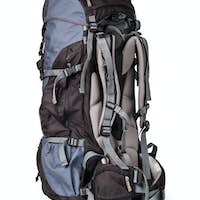 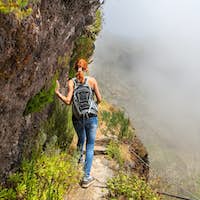 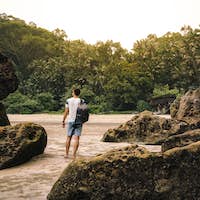 Man with backpack between big stones near green trees 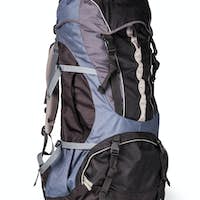