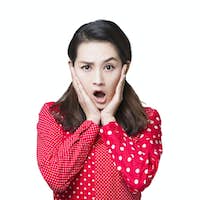 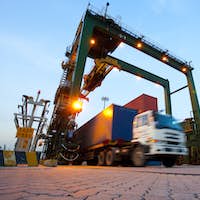 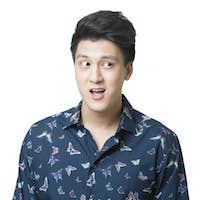 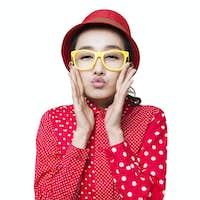 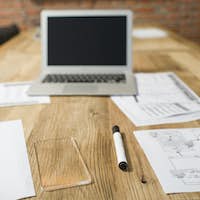 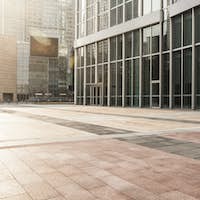 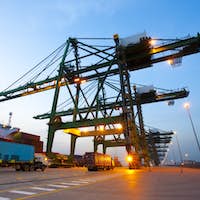 Cranes, cargo containers and trucks at a shipping port during dusk 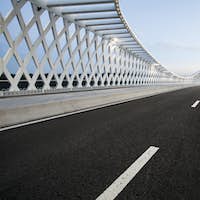 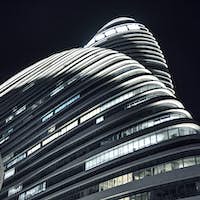 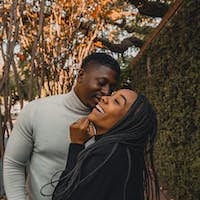 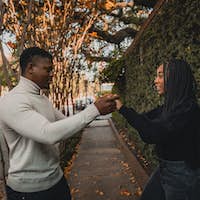 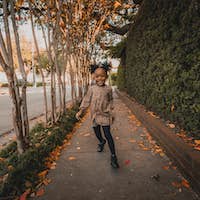 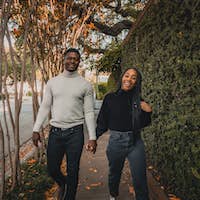 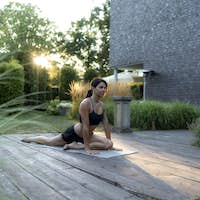 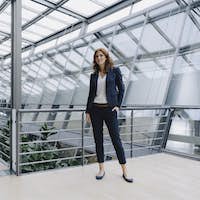 Portait of a confident businesswoman in a modern office building 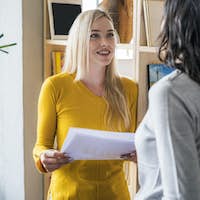 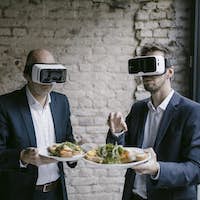 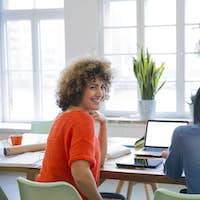 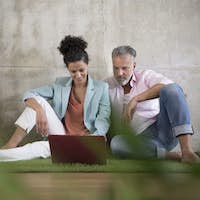 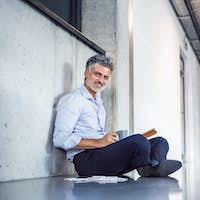 Portrait of smiling mature businessman sitting on the floor 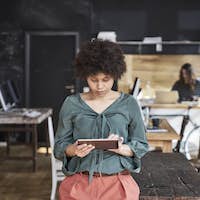 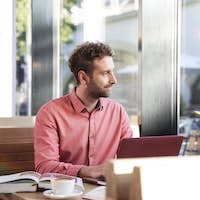 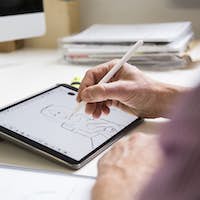 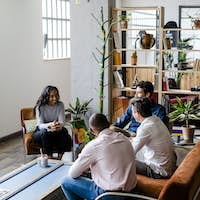 Business team having a discussion in loft office 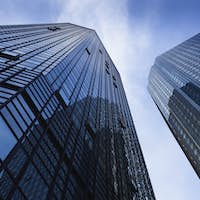 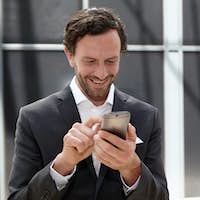 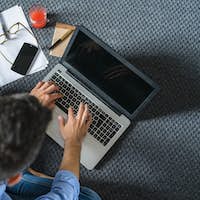 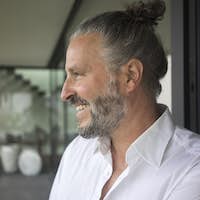 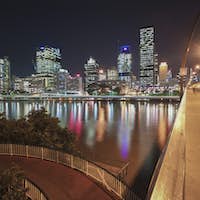 Brisbane skyline at night and the bridge to South Bank, Brisbane, Queensland, Australia 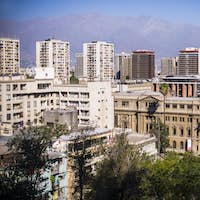