Browse through our collection of electric guitar images and stock photos. They are all royalty-free and ready to use for your next project. 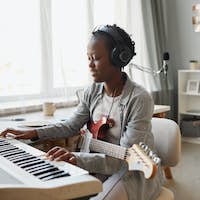 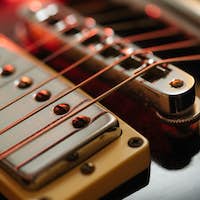 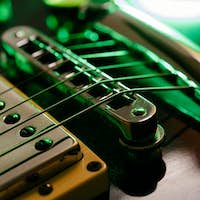 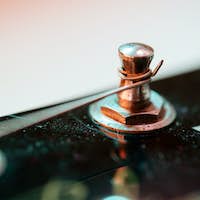 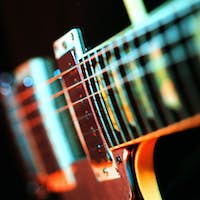 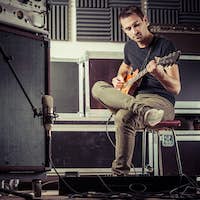 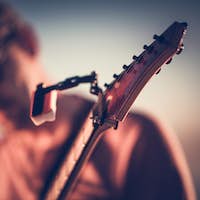 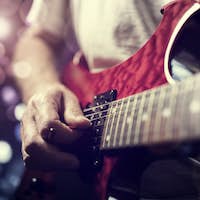 A rock lead guitarist in action on stage 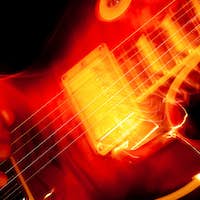 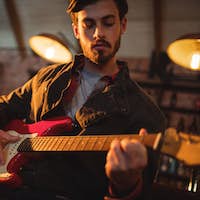 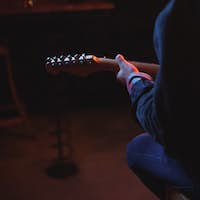 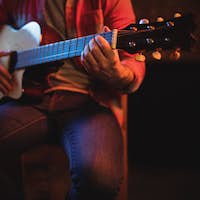 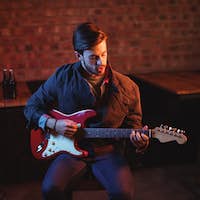 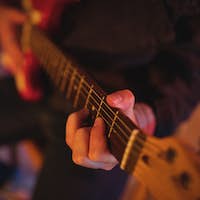 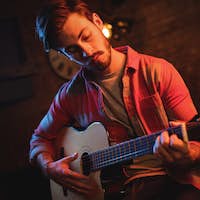 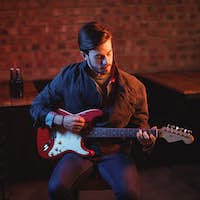 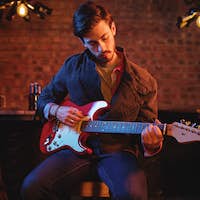 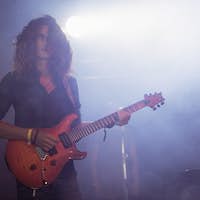 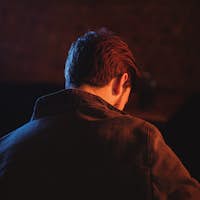 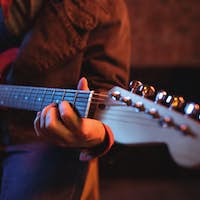 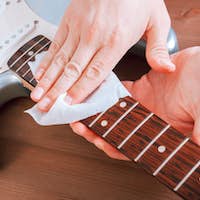 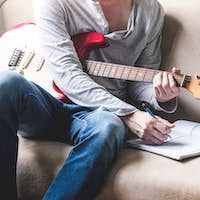 Casual young man playing guitar and writing some data in notebook on sofa at home. 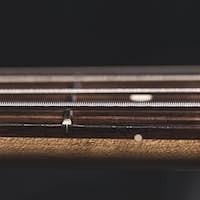 Close-up of strings on the fretboard of a bass guitar. 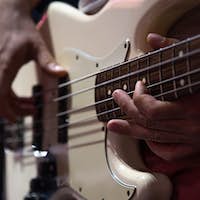 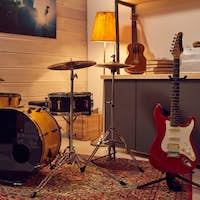 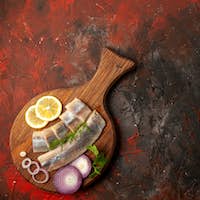 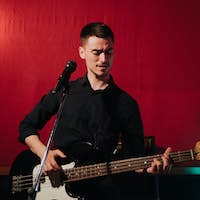 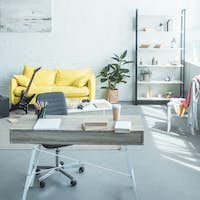 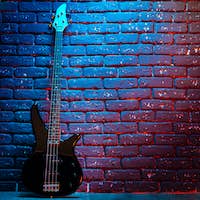 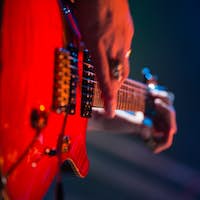