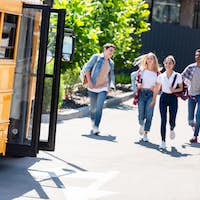 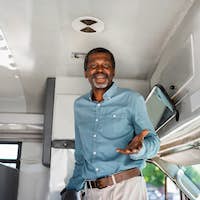 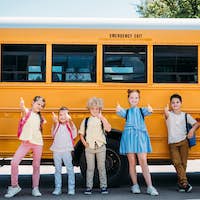 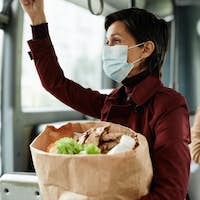 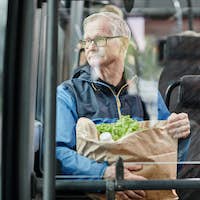 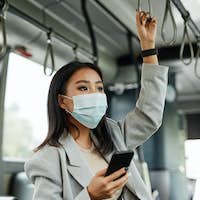 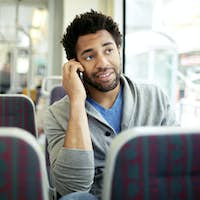 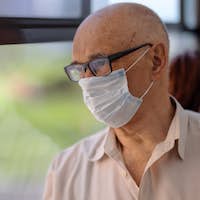 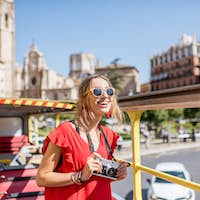 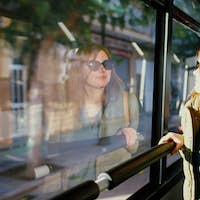 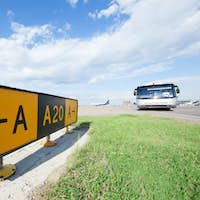 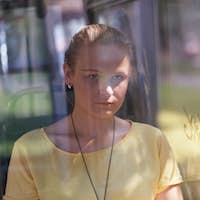 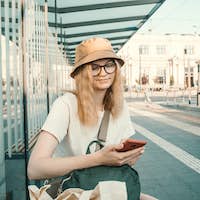 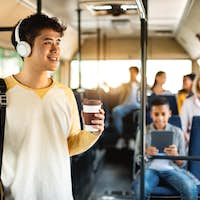 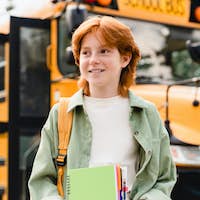 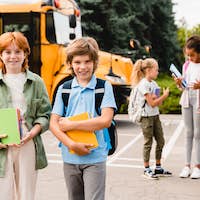 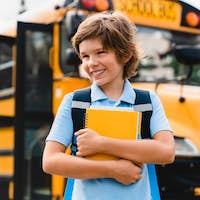 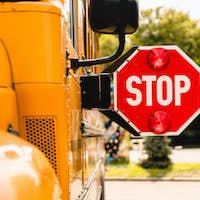 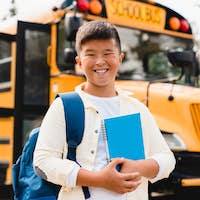 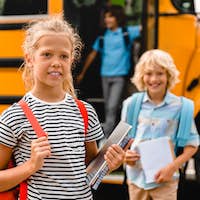 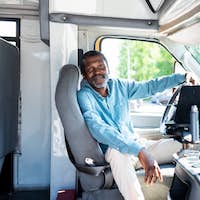 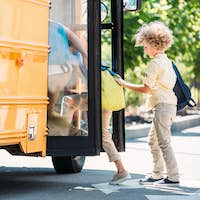 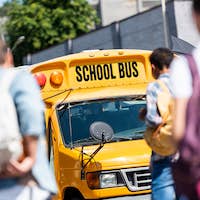 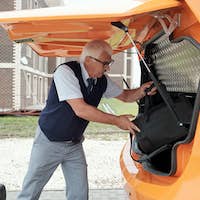 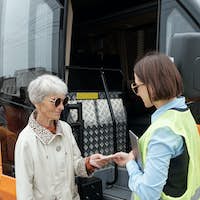 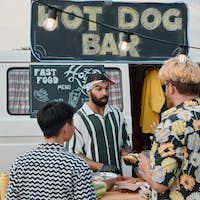 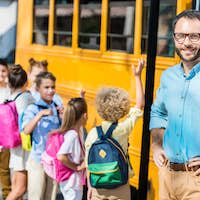 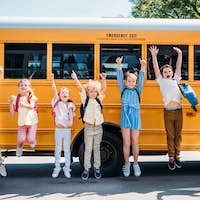 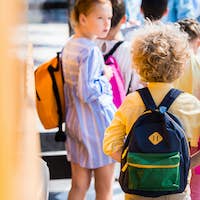 rear view of group of schoolchildren near school bus 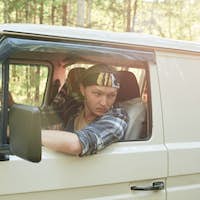