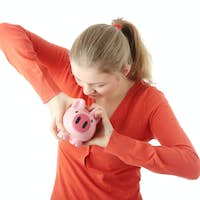 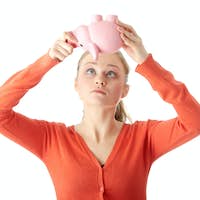 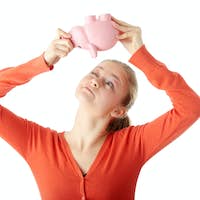 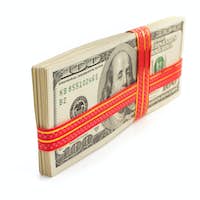 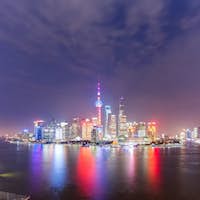 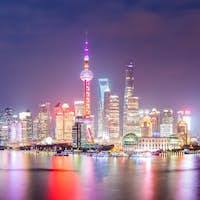 panoramic view of shanghai at night 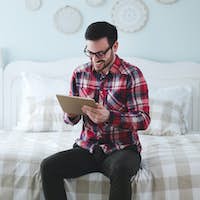 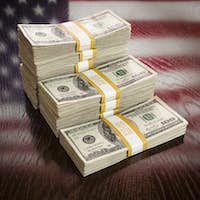 Thousands of Dollars Stacked with Reflection of American Flag on Wooden Table. 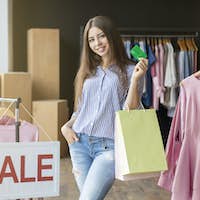 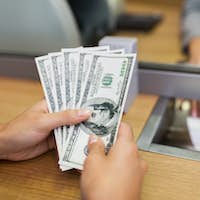 hands with money at bank office or exchanger 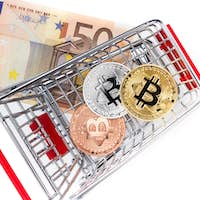 Image of bitcoins in shopping cart on euro bill 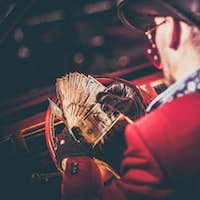 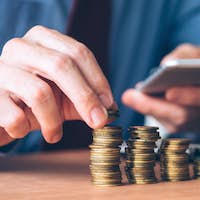 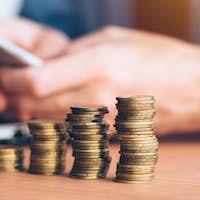 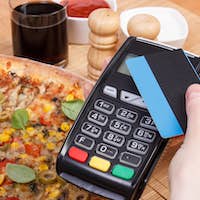 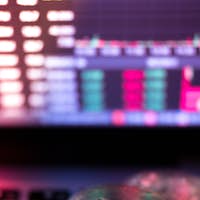 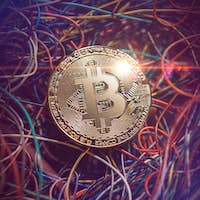 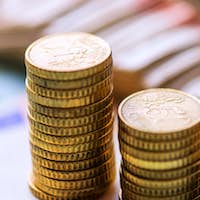 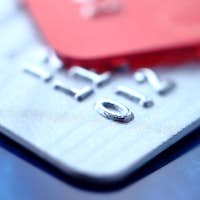 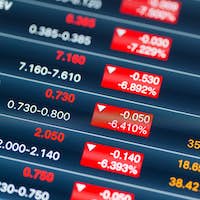 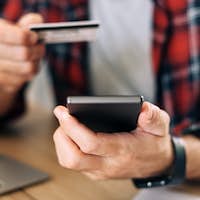 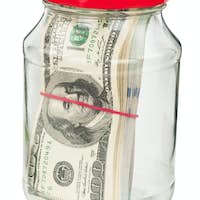 Pack of dollars in a glass jar 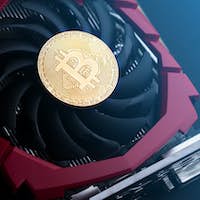 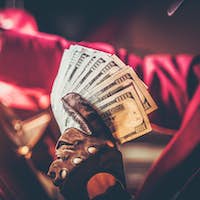 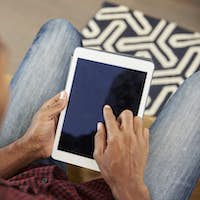 Man Sitting On Sofa At Home Looking At Digital Tablet 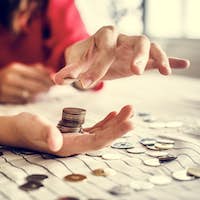 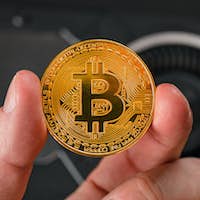 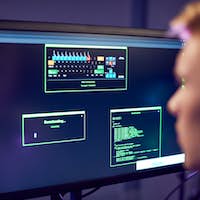 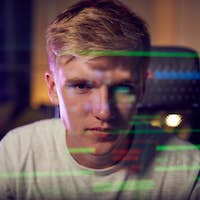 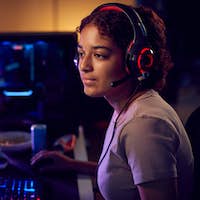