Browse through our collection of animals in the wild images and stock photos. They are all royalty-free and ready to use for your next project. 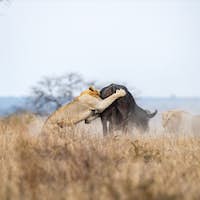 A lion, Panthera leo, catches a buffalo in a clearing, Syncerus caffer 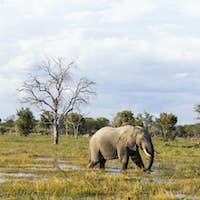 An elephant wading through marshes in open space in a wildlife reserve. 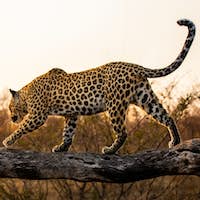 A leopard, Panthera pardus, balances along a log at sunset 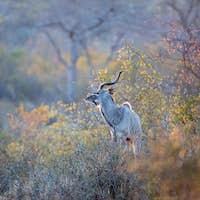 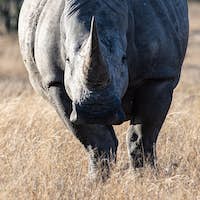 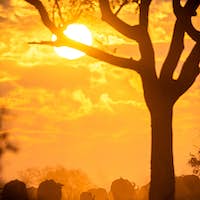 A herd of buffalo, Syncerus caffer, walk off into the sunset, silhouetted 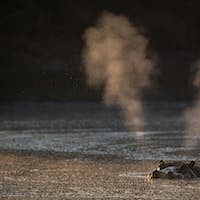 A hippo, Hippopotamus amphibius, blows air though its nose while in a waterhole 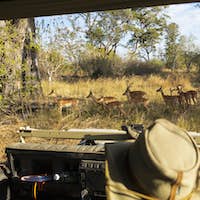 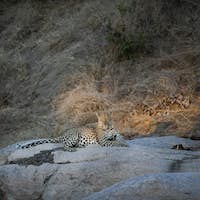 A female leopard, Panthera pardus, lies on a boulder in sunlight, ears back. 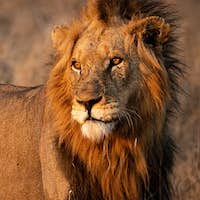 A portrait of a male lion, Panthera leo, looking out of frame into the sun 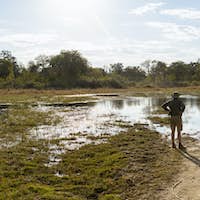 A safari guide on foot by a water pool, surveying the terrain. 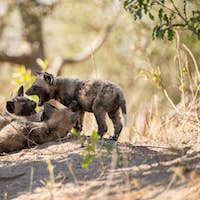 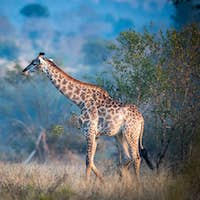 A giraffe, Giraffa camelopardalis giraffa, walks through a clearing 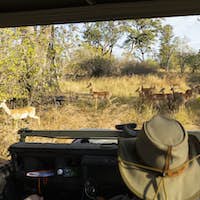 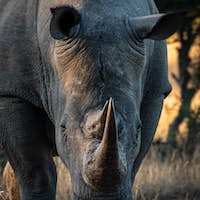 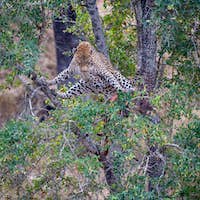 A leopard, Panthera pardus, stands over kill in a tree, direct gaze 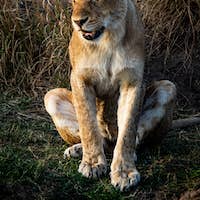 A lioness, Panthera leo, sits, looking out of frame 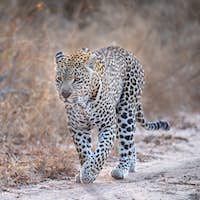 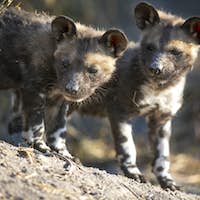 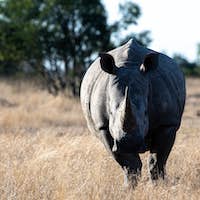 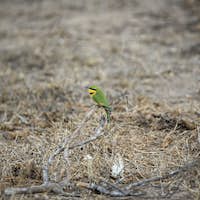 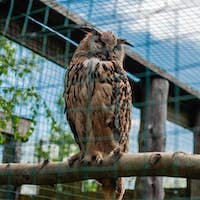 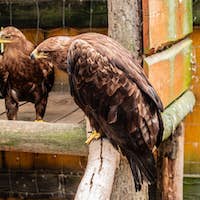 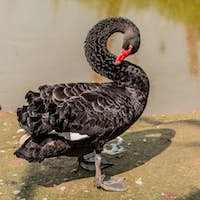 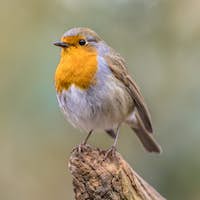 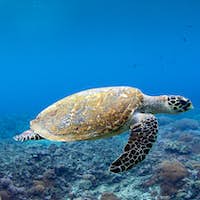 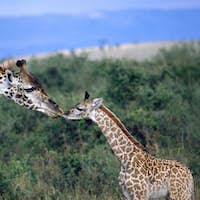 Close up of adult and juvenile giraffes touching heads. 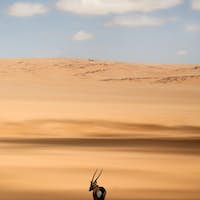 Rear view of oryx standing in the African desert. 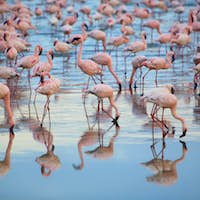 Reflection of large flock of pink flamingos standing in a lake. 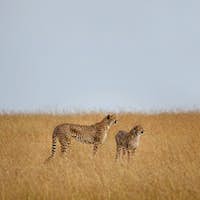